Skip to main content
Population Health
A Massachusetts Study Aims to Reduce Opioid Overdose Deaths
The HEALing Communities Study is up and running in several cities, bringing opioid use disorder treatment to people where they are. 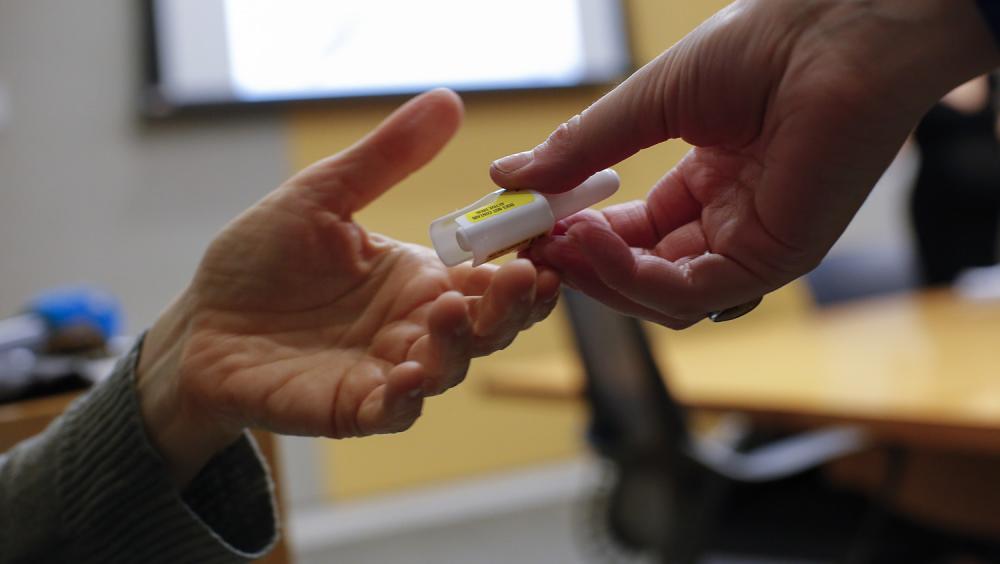 The COVID-19 pandemic has certainly played a role. Public health messaging around the need for physical distancing for protection from COVID-19 exposure runs counter to harm-reduction messaging about never using drugs alone, and mental health issues arose or were exacerbated by the pandemic. However, the other major contributing factor is fentanyl, a powerful synthetic opioid that is increasingly found to be contaminating illicit supplies of opioids and stimulants. The rate of synthetic opioid-involved deaths increased by more than 15% between 2018 and 2019, and overdose death rates involving synthetic opioids were 11 times higher in 2019 compared with 2013.

There are, however, evidence-based medications available to treat opioid use disorder (OUD). Countless studies have shown that buprenorphine and methadone decrease mortality in individuals with OUD, and those who remain engaged in medication treatment have better outcomes compared with those not taking the medications. Yet, only a fraction of individuals with OUD actually access these medications. There are several reasons for this, including a lack of qualified prescribers within all geographic areas, as well as issues related to equity and social determinants of health.

Jeffrey Samet, MD, MPH, a physician in general internal medicine at Boston Medical Center (BMC) who has treated patients with OUD throughout his nearly 40-year medical career, understands what is at stake both in Massachusetts and across the country.

“While COVID-19 exacerbated opioid-related overdose deaths, this crisis has existed for nearly 20 years and requires us to think differently about how we can better provide evidence-based treatment to the people who need it most,” said Samet, who is the principal investigator of the Massachusetts arm of the HEALing Communities Study (HCS). Supported by the National Institute on Drug Abuse and the Substance Abuse and Mental Health Services Administration, the HCS was launched in April 2019 with a bold goal to reduce opioid overdose deaths by 40% during the study period. The multi-year study will test the impact of data-driven, community-engaged strategies that include communications campaigns and the implementation of evidence-based treatment approaches on reducing opioid-related overdose deaths in the participating communities.

The HCS is taking place in 67 urban and rural communities hit hard by the opioid crisis in four states: Massachusetts, Kentucky, Ohio, and New York. The communities were randomly assigned to two groups, wave 1 and wave 2, which determine when the communities receive the HCS interventions.

How the HEALing Communities Study works

BMC is leading the study in Massachusetts, which has 16 participating communities—eight in wave 1 and eight in wave 2. Each of the communities in wave 1 has convened a coalition, composed of community members and key stakeholders, who have worked to identify gaps in OUD treatment, recovery, and prevention services. Using a data-driven, community-engaged model, each coalition is developing and implementing evidence-based practices aimed at increasing access to medication for opioid use disorder and naloxone, while also reducing high-risk opioid prescribing.

“The results of this study will help determine best practices to decrease opioid-related overdose deaths, as well as which models can be sustained over time, creating a roadmap that communities across the country can use to make progress against one of our biggest public health crises,” added Samet, who also works with the Grayken Center for Addiction at BMC.

As part of the study, each coalition receives community-specific data, such as the numbers of fatal and nonfatal overdoses and where they occur, which can guide their strategy about which interventions could have the biggest impact on reducing opioid overdose deaths in their community. Some examples of evidence-based interventions include:

Lack of access to services is a commonly identified barrier and a major focus of HCS efforts. To address this need, many of the wave 1 communities are utilizing mobile-based services, such as equipping vehicles to reach and provide services to their community members in need.

Patient-centered approaches to engage individuals where they are

One HCS intervention up and running is in the communities of Bourne and Sandwich. The AIDS Support Group of Cape Cod, Community Health Center of Cape Cod, and Duffy Health Center have launched a mobile clinic that provides low-barrier medication access and harm-reduction services. Staffed by a harm-reduction specialist and two recovery support navigators, the team facilitates same-day access to buprenorphine via telehealth, as well as provides overdose prevention and naloxone distribution services in various areas within these two communities. Now operating three days a week—with availability by phone five days a week—the staff will also help connect individuals with primary care and other recovery resources.

Another example is in Brockton, where the Kraft Foundation teamed up with Brockton Neighborhood Health Center (BNHC) and the HCS coalition to provide mobile addiction treatment and harm-reduction services to areas of Brockton that data suggest are frequented by people impacted by addiction. The mobile unit, which will be operational four days a week, will have a nurse practitioner, phlebotomist/LPN, and two outreach staff on board to provide rapid access to naloxone and medications to treat OUD, as well as perform wound care and blood draws.

"Our goal is to bring treatment and support into the parts of our community where we know there are people who may want to engage in care but, for a variety of reasons, are not able to come to us for it." Click To Tweet

“Our goal is to bring treatment and support into the parts of our community where we know there are people who may want to engage in care but, for a variety of reasons, are not able to come to us for it,” said Allyson Pinkhover, director of substance use services at BNHC. “This unit allows us to meet our patients where they are and provide them the care and services on the spot, but also link them to primary care and social service agencies in our community that can help address other medical and social needs.”

Gloucester and Salem, two of the other wave 1 communities, are using mobile units for syringe service programs within their communities. Lowell is taking a slightly different approach by having a “walking” team that will bring services to specific areas of the city that are frequented by high-risk vulnerable populations. The coalition recognized the need for culturally and linguistically appropriate OUD treatment and harm-reduction services for the Hispanic community in Lowell. That drove the decision to hire a Spanish-speaking harm-reduction navigator who will work with a nurse to engage high-risk individuals in areas of the city where they congregate.

"We know that language barriers are a major obstacle to accessing treatment for our Spanish-speaking residents, which is why we've invested in reaching these individuals in their native language." said Gianna Sandelli, assistant director of community outreach at Lowell House. "This mobile team will also be able to build trust with these individuals to help keep them engaged in care with a harm-reduction approach, and when they ask, they can provide opioid use disorder treatment."

How to determine best approaches for reducing opioid overdose deaths

“While this study put forth the funds to set up these interventions, it’s critical to determine which ones will be the most cost-effective given limited resources,” added Samet, the John Noble MD professor in general internal medicine at Boston University School of Medicine. “The way that HCS was designed will give both urban and rural communities a framework on which they can build to make progress on reducing opioid overdose deaths in their community.”

HCS is part of the National Institutes of Health’s Helping to End Addiction Long-term Initiative, which has engaged multiple NIH agencies to collaborate on research to better prevent and treat opioid misuse and improve pain management. As a multi-site implementation research study, HCS results will provide critical data about how different community partners, from local public health agencies to primary care providers to justice department officials, can work together to address opioid overdose deaths in their community. 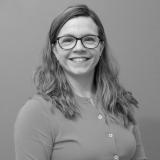 Jenny is the associate director of media relations at Boston Medical Center and has more than 15 years of experience in healthcare communications and public relations. 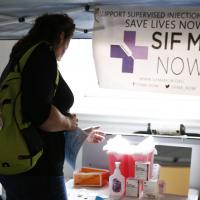 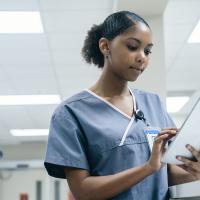 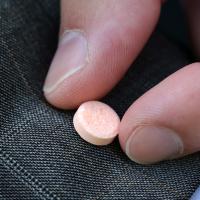