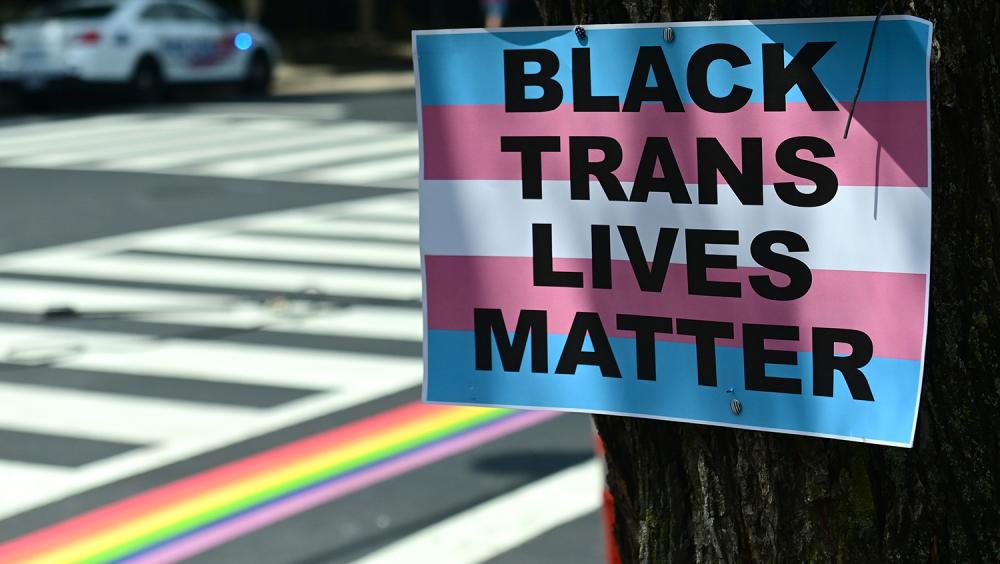 According to the National Center for Transgender Equality, 1 in 5 transgender people in the U.S. have experienced homelessness at some point in their lives, and more than 1 in 10 have been evicted because of their gender identity. Discrimination, family rejection, and violence can all contribute to homelessness, especially among transgender youth. The Massachusetts Commission on LGBTQ Youth’s recently-released annual report shows concerning levels of housing instability among transgender youth, higher than among non-LGBTQ and other LGBTQ youth.

Housing stability is an increasing focus of attention for healthcare providers, as it is recognized as a key social determinant impacting physical and mental health. Pam Klein, RN, MSN, spends much of her time at the intersection of health, housing, and gender identity. She is nurse liaison for Boston Medical Center’s Center for Transgender Medicine and Surgery (CTMS), manager of the Transgender Program at Boston Health Care for the Homeless Program, and co-chair of a Massachusetts governor’s commission examining health and safety for LGBTQ people in correctional facilities. Dreya Catozzi is founder of the Urban Trans Women Resource Center and has worked as a CTMS peer navigator, a role that included assisting individual patients and providing gender competency training sessions for the hospital community. She is a board member at the Transgender Emergency Fund, which is dedicated to supporting low-income and homeless transgender individuals in Massachusetts through initiatives including homeless prevention and shelter assistance.

HealthCity: What health issues are common for transgender people?

Pam Klein, RN, MSN: One way to look at that question is, what are the disparities? There are a lot of health disparities for the LGBTQ population as a whole and even more so for the transgender population. A constellation of factors—whether it's family rejection, discrimination in employment or housing, getting bullied at school—can lead up to people being less advantaged. Then there’s stigma, even within healthcare systems. Sometimes, health issues have to do with people not seeking care because they've had bad experiences at a place or their friend has. So people will show up with really high blood pressure, or diabetes that's out of control because they haven’t had any regular care.

Dreya Catozzi: While I am not personally involved TEF's Transitional Housing Program, which is for trans and nonbinary individuals, I want to speak about the need for this type of housing specifically for trans women of color. We are marginalized and targeted—with deaths, with abuse, we are up there in rates, and we don't have the support. A lot of us have gone into sex work, and there’s a ripple effect to HIV, drug use, sometimes death. Some are doing it to keep a roof over their head. If the opportunities were there for employment, housing would not be such a huge issue.

PK: Because of employment issues leading some [trans women of color] into sex work, it can put them in risky situations and at increased risk for HIV and also substance use, partly because bars are often where they meet customers, but also because people often self-medicate in response to engaging in sex work. I'm generalizing of course, because there are plenty of transgender women not engaged in sex work,  but it is true that the demographic in the U.S. with the highest risk and prevalence of HIV infection is transgender women of color, particularly Black trans women.

DC: I hope the transitional housing, when it’s complete, includes an employment program that offers guidance for residents on resume writing, how to look for housing, and access to whatever they need to look for a job. For instance, residents may need access to counseling both for drug use and mental health. This housing is meant to be a transition, to help get you back into life.

HC: Before we have a housing project specific for transgender and nonbinary people, what can existing shelters do to create a safe space?

DC: Women’s shelters need to allow trans women in—some don't. And when they do, shelter staff definitely need to be educated. For example, you cannot put a trans woman with a biological man. You are putting her in danger. Just as you wouldn’t put a cisgender woman in with men—the same rules need to be followed.

PK: Shelter staff have made a good effort, but shelters are not the best places for this population in general because of [discrimination from] other shelter guests. It can be very uncomfortable and even dangerous.

Housing issues also come up when people are recovering from gender-affirming surgery. Especially with complex procedures like vaginoplasty, it’s really necessary to have a private space for aftercare, for weeks upon weeks. I can think of one patient whose family was very unsupportive, so they were not going to get the post-surgery help or care they needed at home, and the respite facility at the Boston Health Care for the Homeless Program was helpful.

DC: Honestly, it’s really simple: Get educated. It should not be shocking. When some people hear the word “transgender,” their brains seem to go haywire. I’ve seen nurses and doctors misgender people, and I don’t get it. I come in, I need help. This is my name, this is what I’m here for. Everyone, no matter what their gender is, wants to be called by name.

PK: There's so much out there now in terms of training and education. The issue is having the understanding and the will to make the changes that need to happen. On a practical level, you need to figure out, for your system, how to call people by the names that they use, even if they haven't legally changed them. Address people or talk about them with the pronouns that they use.

Since 2016, HRSA has mandated that federally funded settings collect SOGI (sexual orientation and gender identity) data, but this is not always done. You need something in your system that offers the opportunity to ask patients these questions—and you ask them of everybody. You can't assume somebody's gender identity or what pronouns they use.

People of lived experience are so often the best teachers. Someone like Dreya coming in and talking about their experience in an institution can be really elucidating for people—and I want to note that they definitely need to be compensated for that kind of help.

HC: What do you see positive right now in terms of resources and policies in support of trans people?

Something really important right now is the federal Equality Act, which would offer protection from housing and other discrimination. It was passed overwhelmingly by the U.S. House of Representatives but still needs Senate approval. Right now, people can let their senators know that they support this.

Aside from housing, I'm part of the Mass Trans Health Coalition, focused on advocacy and working with insurance companies to increase access. New England Gender C.A.R.E Consortium lists all the providers in New England who provide gender affirming care, including BMC, so we can coordinate and refer to each other.

DC: If you see someone who is a trans woman who’s doing well, it’s because she had to take what she needed—it wasn’t given. If I had the support and tools I reached out for, there’s so much more I could have accomplished. But I’ve survived. I’m 51, and ready to start living life. The fight I want to fight now is to get my life on track and move forward.

There are always going to be hurdles, but I’m going to live my life as Dreya. That’s what we need to start focusing on: Showing that if you have access and support, this is what you’re capable of. If I can be an example, that would be my best way of advocating. 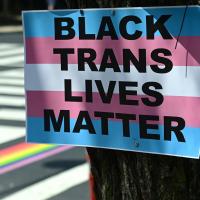 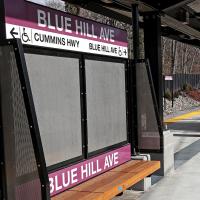 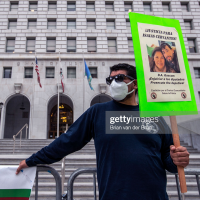 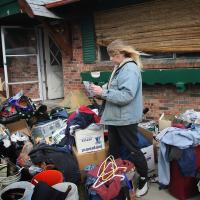 For Better Birth Outcomes, We Need to Prevent Housing Evictions