Skip to main content
Policy and Industry
Changing the Culture of Surgery: An Interview With Jennifer Tseng, MD
A boundary-breaking chief surgeon reflects on burnout, discrimination, and the evolving culture of surgery. 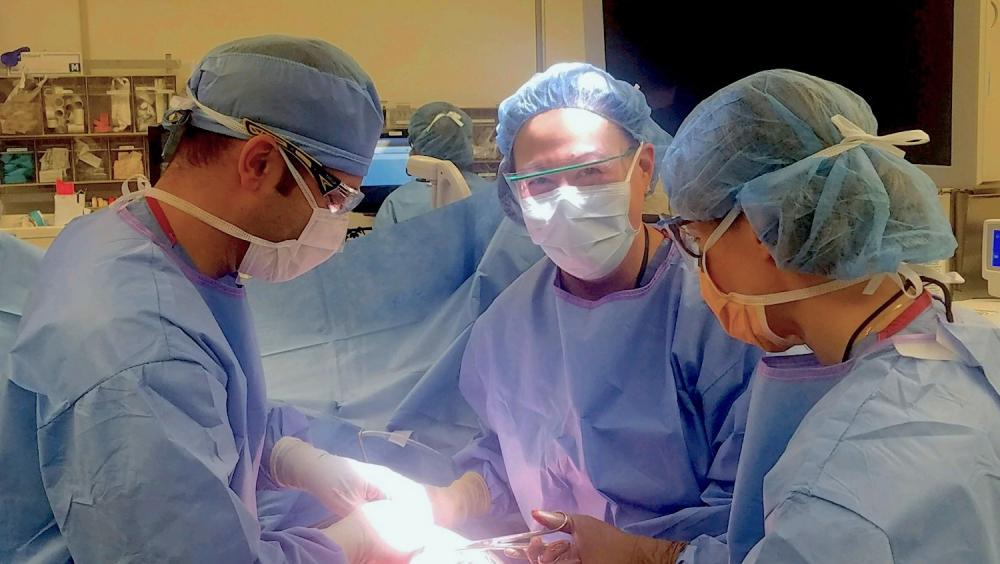 Physician burnout has been called a public health crisis. Survey after survey has found sky-high rates among physicians and trainees, triggering a barrage of social media conversations (#physicianburnout) and studies exploring the factors underlying burnout, the specialties that are most susceptible, and the impact on the medical profession and patient outcomes.

A nationwide survey of surgical residents, published this month in the New England Journal of Medicine, is the latest addition to the growing stack of burnout literature. With its marathon hours and exacting training, surgery has long been eyed as a burnout-prone field, and the survey — administered following a five-hour American Board of Surgery exam known as the ABSITE — did little to quell those concerns.

Nearly 40% of the 7,409 residents surveyed experienced burnout symptoms weekly. Most notably, the survey traced a clear link between burnout symptoms and mistreatment, including gender or racial discrimination, verbal abuse, and sexual harassment. Fully half of all residents — including 7 in 10 women — reported experiencing at least one form of mistreatment at the hands of attendings, staff, fellow residents, or patients and families.

Surgeons everywhere should view the survey as a call to action to step up efforts to address burnout and its root causes, says Jennifer Tseng, MD, chief surgeon at Boston Medical Center (BMC) and the chair of the department of surgery at the Boston University School of Medicine (BUSM). At the same time, from her perspective as an Asian-American woman who has flourished in a field historically dominated by white men, the results also offer a nuanced picture of the ways in which surgical culture, the culture at large, and even the subculture of social media are evolving and intersecting.

Tseng, who also serves as a member of the American Board of Surgery Council, spoke with HealthCity about the degrees of discrimination and mistreatment, her own experience as a resident, and what she and her colleagues are doing to build a positive working environment.

HealthCity: Were you surprised by the extent of the burnout and mistreatment reported in the survey?

Jennifer Tseng, MD: Discrimination, abuse, harassment, and burnout are incredibly relevant and important. But definitions can differ, and lumping everything together can lead to confusion. My gut instinct is different than a trainee's, for instance. When I hear gender discrimination, I don't think first of unconscious bias. I think first of, "I'm not going to seriously consider you for this job because you're female, or male." The subtle things do add up, they are important, but there's a spectrum that I think needs to be acknowledged.

I was repeatedly mistaken for a nurse throughout my entire residency training. Was that gender discrimination? I guess, but I wouldn't have named it as such. For the first three years of my surgical residency, the attending doctors and staff called me by the names of two older female Asian residents, without fail. Was that racial insensitivity?  It certainly could be seen that way. I found it mostly humorous. I guess I had to, to survive.

I was repeatedly mistaken for a nurse throughout my entire residency training. Was that gender discrimination?

Now, reading what people put on Facebook and write on Twitter, clearly people feel very differently about what they experience as discrimination. It really irritates many individuals to be taken for a nurse. It bugs them when someone thinks — and this has happened to me too — that the medical student was the doctor and the female surgical resident was the student. It happens all the time.

HC: Do surveys like these run the risk of conflating unconscious bias with other forms of discrimination?

JT: Discrimination, abuse, and harassment are never OK. Burnout is something we need to fix. That being said, I think it behooves us to discriminate the discrimination. We don't want to say, "This kind of discrimination is OK, and this kind is not," but there are degrees. Overt derogatory comments, unwanted overtures or touching or pressure — those need to be immediately called out, stopped, investigated, penalized, and prevented in the future.

But we have to be careful that we're not conflating very serious discrimination or abuse with subtle behaviors and cultural attitudes that need to be addressed on a systemic level. What we're doing at BMC — what I'm trying to do here in the surgical departments — is to have a culture change in surgery. How do we have a working environment that's positive and respectful? How do we have an environment where we all agree that the goal is safe and excellent patient care? We need to figure out how to work together toward those shared goals.

HC: Are there aspects of surgical training or culture that may contribute to mistreatment or burnout?

JT: There's definitely a surgical culture, but it's evolving. Surgery, by nature, is hierarchical. We all have different roles to play — all equally important, but different — in the operating room. It's not a democracy. When there's bleeding, I don't stand around and take a vote. There's a saying: "A surgeon is sometimes wrong, never in doubt." Because you have to be able to take command. You have to take action. And that does select in some cases — not all — for people who are definitive and take charge by nature. In the right hands, it can be inspirational and enjoyable to be on the team. But of course there is potential for authority to be misused.

HC: How did you experience that culture as a resident?

JT: When I was a resident 25 years ago it was a different time. There was a culture in surgery writ large that was very macho, very hierarchical. It was starting to evolve, with some people — mostly at junior levels — that looked like me in it.  In those days, the surgical chair was basically the king. You might be a wise, beneficent, well-regarded ruler, but you were still a king. And the faculty and residents generally modeled that behavior.

If you didn't quite fit the model — especially if you were female, or nonwhite, or gay, or from a different tribe of any kind — you picked what aspects of yourself you chose to emphasize or reveal. While I know that sounds awful, it was actually a really fun time, most of the time. A group of people learning how to work together as a subculture, doing amazing operations on great patients, and growing very close along the way, despite our pretty different origins.

Jennifer Tseng, MD (bottom right), shown here with her predecessors, is the first woman and the first nonwhite person to serve as chair and chief of surgery at an academic medical center in Boston.

HC: What are you doing in your department to change the culture and set the right tone?

JT: We're trying to make a safe space so that people feel comfortable speaking up immediately. If you feel that somebody is saying something sexist or racist or just mean or unconstructive, then find a forum in which it's safe to discuss it. Because the worst is to feel aggressed on and then simmer and not discuss it.  And this is hard, especially if it's not only a surgeon but someone in a position of power. What if it's me, the chair, who's involved in the perceived bad behavior? The individual has to feel comfortable going to someone — whether it’s the vice-chair, or the nursing supervisor, or the dean of students, or the chief medical officer.

We're trying to make a safe space so that people feel comfortable speaking up immediately.

I understand that students in particular feel vulnerable. They don't want a bad grade. Every two weeks, I meet with the third-year clerkship and I say to them, "This is a safe space. Unless you're a danger to yourself or others, I will not disclose your identity. I will not share what you say with anybody in any way that's identifiable to you. But I will act on it." The students tell me a lot of positive things that give me much hope about our faculty and our residents. We have more than 25 students applying in general surgery at BUSM — and two-thirds of them are female. I think that says a lot about the culture we already have.

I know there are residents — or faculty — that are sometimes tired. I know that there are times when faculty members, and residents, are incredibly satisfied by something they are doing and by the camaraderie and the esprit de corps that has been built here. I suspect we all experience moments of burnout. But I do think our residents by and large feel supported by the faculty and I hope the faculty feels supported by each other. It's never perfect, but I do think this is a special place. There is a secret sauce. It really is like a family here, and that helps. We look out for each other.

HC: Where should the discussion go next? What additional surveys or work needs to be done?

JT: I think surveys at the end of the ABSITE have a limited scope — and I can say this as self-criticism because I'm on the American Board of Surgery now. It's one snapshot, and  I can think of no more stressful time to be giving a perceived-to-be-mandatory survey on burnout.

It's really important that we're asking these questions, but I think the most important thing is to get to solutions to the problems. This has to go down to the individual program-level work that we do. We need to figure out which programs are doing it best, ask about best practices, and then together design best practices in the house of surgery, which is why I was thrilled to be elected to the position on the American Board of Surgery. We have to get it right at the individual program level and then we can systemize it.

We have to balance what's best for our trainees in the now, and for their lifelong careers as surgeons and stewards of patients' lives in the future. I look forward to working with our BMC and BU trainees and our faculty to build models that will achieve that balance. 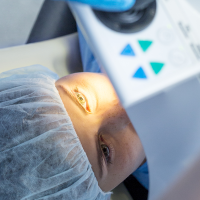 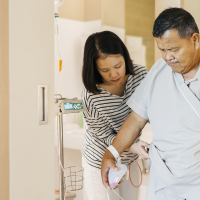 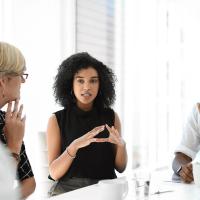 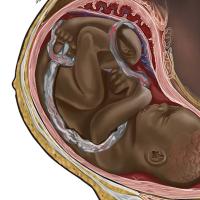