By reframing how EMS workers approach people who use drugs, we can make big changes in patients' lives 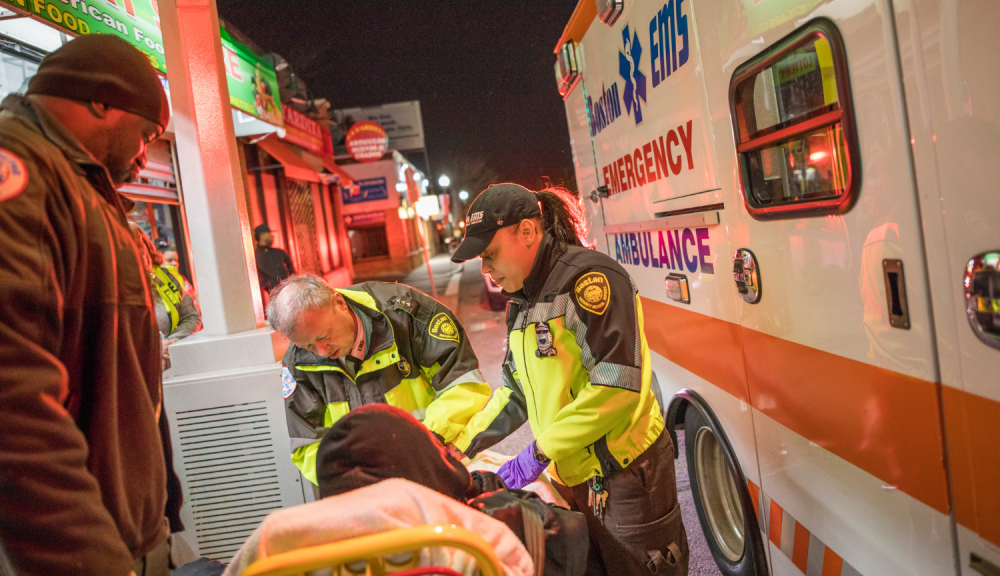 When I started in EMS nine years ago, I was a little less than two years into my own recovery — but still very private about it. With the exception of some trusted partners, very few people that I worked with in the field or in the hospital had any idea that I was a person that had used drugs or that I am an overdose survivor. This meant that I got to see what people really thought and how they felt about people who use drugs. Sometimes that was really uplifting, but most of the time it was disappointing and challenging.

Emergency medical services (EMS) is interesting because you have one foot in the public safety (fire & police) realm, and the other foot in the healthcare system. Not only do we as emergency medical technicians (EMTs) bring people to the emergency department, but we transfer people off admission floors, we take people to dialysis, we're in skilled-nursing facilities, in patients' homes — we're everywhere. We have a bird's eye view, and through that I saw the little ways we made life harder or easier for the people we encountered.

Through my own experience on the frontlines, and after speaking with both EMS providers and people who use drugs across the country, I felt that we could be doing better as a profession. With this understanding, I created a training for EMS workers that centers the experience of people who use drugs. I wanted to help EMS workers recognize how we profoundly impact the lives of the people we're treating — ideally for the better.

Receiving adequate pain management is often very difficult for people who use drugs. Like everyone else, they experience acute traumatic pain and injuries, but often due to stigma, their pain is undertreated or not treated at all. We need to provide parity in pain relief. Not only can people with an opioid use disorder be given opioids during acute pain events, but we also carry ketamine, which is an excellent and safe alternative, especially in trauma.

The number one excuse I hear from paramedics as to why they didn't give medication to someone who used drugs was that it's "hard to start an IV on someone who uses drugs intravenously." This is a really bad excuse for providing a lower standard of care, as we have other options at our disposal. In my training, I demonstrate that every medication that is commonly used to treat either pain or nausea can be given either orally (sublingual), intranasally, or intramuscularly.

In my experience, people who use drugs often have their calls downgraded, usually under the provider's belief that the patient is either exaggerating the severity of their symptoms to get pain medication or that their presentation isn't severe enough to warrant a paramedic to attend the call.

I give an example of a patient I treated who was in terrible pain from an injection drug wound. When people are uncomfortable, it is more difficult to accurately assess them or start an IV. I gave her a dose of intramuscular ketamine, which made her comfortable enough so that I could start an IV and do the rest of my assessment. As I assessed her, I realized that she had a fever. For a paramedic, a fever should automatically trigger you to do a sepsis workup. It turned out she met our criteria for sepsis, a potentially life-threatening illness, which meant that she would be upgraded in the Emergency Department as an urgent patient. We call the hospital with a "sepsis alert" to let them know we are coming in with someone who will need immediate attention from a doctor.

The problem with 'turfing'

Pre-hospitally, patients are often triaged one or more times during their transport to the hospital. When EMS arrives at the patient, they decide whether that patient needs to be attended to at the Advanced Life Support level (by a paramedic) or at the Basic Life Support level (by an EMT). The process of a paramedic giving a call to an EMT is call downgrading or "turfing." In my experience, people who use drugs often have their calls downgraded, usually under the provider's belief that the patient is either exaggerating the severity of their symptoms to get pain medication or that their presentation isn't severe enough to warrant a paramedic to attend the call.

As a paramedic, there are some benefits to turfing a call: You get to drive, sit up front, and don't have to write the patient care report. For many calls, this process makes sense — we respond to a lot of minor injuries and illnesses. However, making this decision based on stigmatizing beliefs about the patient due to their history of drug use can have potentially fatal consequences.

In the example of the patient with sepsis, had the paramedic written off her pain as "drug seeking" and downgraded it to his partner, it is possible that the sepsis would have been missed. Without realizing she has sepsis and explaining her symptoms as "drug seeking" to the hospital, the patient would most likely have ended up in the waiting room. This delay in treatment could result in the patient leaving the hospital without being seen by a doctor and have deadly consequences.

Instead, the way she was treated, without stigma, this person had their pain addressed, was treated like a person, and her sepsis was caught. And this was a real case: The woman is doing really well. She's been in long-term recovery for more than two years now. She just had a baby. She credits the care that she received in the ambulance as to why she got on that path.

These little, tiny decisions that EMS providers make have huge implications for that person.

Experiences like this one is what propelled me to create this training. So far, 70 people have taken it, and just under 50 people have completed the survey at the end. From some preliminary analysis, it appears that the training is changing minds.

You can make a big difference for a lot of people, just by changing one paramedic's mind.

For example, in the training I explain the goal of naloxone is to restore breathing and that we don't want people to be conscious as a result how much naloxone they were given. You want to give as little as possible and to support their breathing with a bag valve mask. One person wrote me an email saying, "I always thought the goal of Narcan was to wake people up." The email concluded with, "Because of your training, I'm going to try to do this differently."

Even if the shift in behavior or attitude is slight, to me, that means that I tapped into something. Maybe they're going to think a little bit differently and then act a little differently. And that makes all the difference.

My goal is to have this training added to the required curriculum. You can make a big difference for a lot of people, just by changing one paramedic's mind. 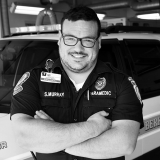 Stephen Murray, MPH, NRP, is an overdose researcher at Boston Medical Center, focusing on the role of public safety/public health partnerships in post-overdose response teams. He recently retired as a Lieutenant at a regional ambulance service in Western Massachusetts, and had served as a first responder since 2013. 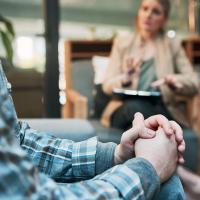 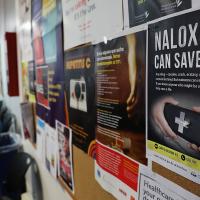