In a joint effort, BMC, BUSM, and BUMG hope that using inclusive language will be the foundation for a safe, welcoming environment for all. 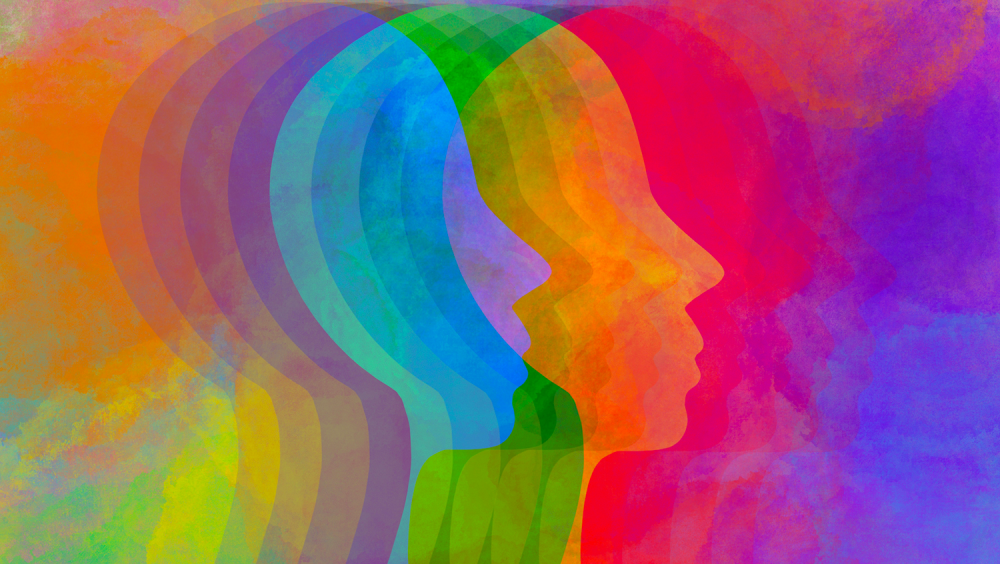 Let's take the analogy of building a house. To build a house you need a strong foundation. You also need a diverse collection of people who do different jobs—electricity, plumbing, carpentry, design, etc.—to come together. But if you have a diverse collection of people, those people need to be on the same page about the basic elements: what is a hammer, what is a nail, what is a window, and so forth, so that they can appropriately communicate and create a functional environment. Those basic elements mean putting forth a common language.

This analogy from Kaye-Alese Green, Boston University School of Medicine (BUSM)'s inaugural diversity fellow, is how she explains the need for Boston Medical Center Health System's new Glossary for Culture Transformation. Kickstarted by Boston University Medical Group's Office of Equity, Vitality, and Inclusion, the Glossary is a collaborative effort from BMC, BUSM, BU School of Public Health, BU Goldman School of Dental Medicine, and BU Graduate Medical Science to establish a shared, foundational language in alignment with the common goals of health justice, equity, and belonging.

For example, the Glossary includes how to use gender-affirming language, and how to speak about patients with disabilities or substance use disorder without stigmatization, among many other terms.

HealthCity moderated a panel discussion with Green; Aviva Lee-Parritz, MD, chief and chair of the Department of Obstetrics and Gynecology and director of the Office of Equity, Vitality and Inclusion; and Shawnda Walker, the Underrepresented Minority Program Manager in the Office of Minority Physician Recruitment to discuss how their teams came together to create the Glossary for Culture Transformation and how a shared, inclusive language is crucial—especially in a healthcare environment.

HealthCity: Can you talk about how the origins of this Glossary for Culture Transformation, how the conversation around language started, and how the Glossary came to be?

Aviva Lee-Parritz, MD: The Glossary really started as an initiative in our office, the Office of Equity, Vitality, and Inclusion. As we started talking about all the work we were doing, it became clear that language is really the foundation.

The next step was connecting with Kaye-Alese [Green] and Shawnda [Walker]. What has blossomed from this team is an amazing tree with roots in so many different areas that touch our medical campus. What's so great about that is we have cross-institutional alignment where there has not been alignment before. And we've created a very diverse team on so many dimensions—by race, specialty and job title—which is foundational.

Kaye-Alese Green: On the school side, we have overhauled the curriculum reform process, and we released a Racism in Medicine report in June 2020. My role as a fellow has been implementation of that report. Around that, we heard from faculty saying, 'We don't know what to say or what not to say,' and we began to think, 'How can we equip each other to honor common humanity and create a space where people feel safe to learn?'

And so, the idea of language had been bubbling up on the school side, and then connecting with Aviva, whose team had been thinking about a glossary for a different reason, that's how the collaboration began.

The only way to, A) understand and B) to do it, is having the language. Without the words, without the language, all of the asks become difficult to do. So, when I was asked to be a part of the project, it was exciting, and it didn't take me but a few seconds to realize how important it is.

HC: The Glossary project that began in-office quickly grew to accept feedback from staff across BMC, BUMG, and all schools on BU Medical Campus. Why was it important to 'open-source' edits from everyone?

SW: We agreed as a team that we didn't just want one group's input and advice. We wanted the Glossary to be user-friendly to everyone, so it was important to include everyone. Despite the fact of where you work within BMC or your educational level, we wanted to make sure the Glossary would be used by everyone because in order to have these changes, everyone has to be involved. That was crucial.

KAG: We also really took intention to recognize that the work of diversity, equity, and inclusion is a lifetime's worth of work that some people have made their whole careers. So, by opening feedback to everyone on the medical campus, we were also pulling in our equity champions and topic experts to weigh in.

"If we build a culture internally around this inclusive language, in my opinion, it will reflect to our patients."

ALP: You don't have to spend but five minutes in the hospital to understand what a cauldron it is for shaping our medical workforce—not just physicians, everybody. Everyone's fate and wellness are inextricably linked.

So yes, number one: If we're building this house, we need all people's hands in it. Number two: By involving everybody in the commentary, it's also a tool for engagement. If I have a hand in its development, I will be more likely to use it.

Then, the foundational principle we talk about in terms of eliminating health inequities is the need to include the people most affected. Without the lived experience of the people, the Glossary is not relevant.

HC: Inclusive language is important across all kinds of workplaces, but is there something uniquely vital about this Glossary project in a healthcare workplace—especially at a hospital like BMC that cares for many patients who face stigma, whether it's around experiencing homelessness, living with substance use disorder, or otherwise?

SW: It's indescribable, the importance. When you think about the patient population at BMC, just for example, 70% of our patients speak English as a second language. And that's just considering the potential stigma around ethnicity and race. There are so many other things that make people different, and so having a resource that our workers, if they don't know something, can go on their own and be guided on topics unfamiliar to them is extremely important.

KAG: It's important to note, too, that language changes, and what's considered inclusive or stigmatizing changes. The goal is to write a living document, to really open the document every year to give an opportunity for open feedback and comment. So as things change, we want to change the Glossary with it. For example, five years ago "BIPOC" was not a term we would have included in the Glossary, where it now lives.

ALP: When you think about healthcare, we're not just a traditional business. We work on two levels: own internal environment and our relationship with our patients. If we can't use respectful, inclusive language with each other, I'd be hard-pressed to feel that we could do it with our patients.

Let me be really, really, really clear: This Glossary is not the "word police." We want people to be thoughtful and cognizant about language and how it's used. And if you don't know how to use it, the Glossary is a tool to help you do it.

HC: If we're not the word police, what is the best way to engage a fellow staff member using non-inclusive language or a stigmatizing term?

SW: You don't know what you don't know. If we're providing the Glossary for Culture Transformation, and we continue to keep it active and reintroduce it, and use it as part of monthly staff events, the goal is that if you know the appropriate language, and someone else says something they didn't understand, that you are comfortable enough to share with them what you are aware of.

ALP: As Shawnda says, the more the Glossary is used, and the more that people introduce it to each other and into their work, it will become part of our daily parlance and it will become habit. We also have another great resource to help put the Glossary into practice called Inclusive Language Practices— it goes beyond definitions and into everyday language tips.

HC: I want to go back to the idea that in healthcare, language can help make a welcoming environment for patients who may have fear, distrust, or a history of being stigmatized. Can you talk about that?

SW: This Glossary is a tool that is shared with everyone, including front-line staff who touch our patients daily—anyone from telephone staff to front desk staff to housekeeping, nurses, pharmacists, medical assistants, everybody. If we build a culture internally around this inclusive language, in my opinion, it will reflect to our patients. Then, the hope is that our patients will see that they are welcome here, that our staff's words in addressing them are carefully considered and inclusive.

KAG: Going to a physician is probably one of the most vulnerable engagements that you willingly put yourself into. At the very minimum, our hope is that you feel safe in doing that. And I think the ability to create safety with our language is huge.

The conversation around health equity and disengagement from the healthcare system often comes from a very justified place of distrust. We can begin to rebuild trust by saying, with our language, "I recognize the vulnerability you're offering to me as I take care of you. I am going to do everything I can to make you feel welcome here, to make you feel safe." That is a place we can build from.

HC: From there, how do you go from that foundation of language to further building that safety and trust with patients?

ALP: The words are not the outcome. The words are the driver. You can have a beautiful mission statement with beautiful words, but if they're not driving practice, they're not effective. And the way we have designed the Glossary is so that it can actively drive practice instead of be a static document. 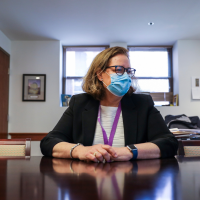 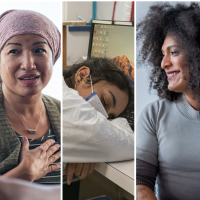 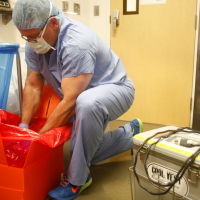 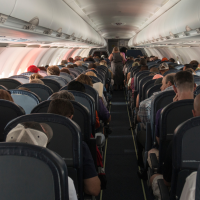