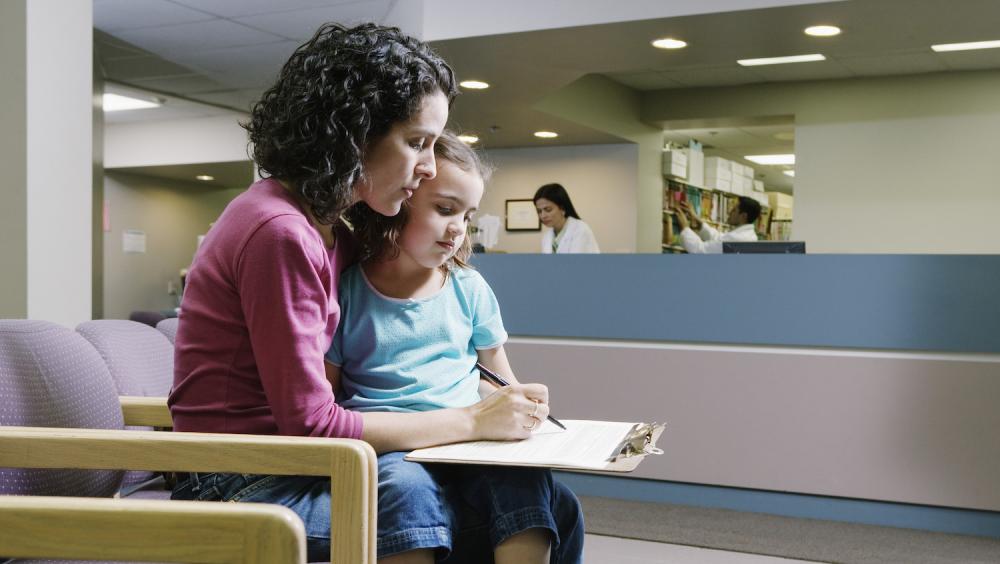 Behavioral health screening has been a mainstay of pediatrics for decades. Along with basics like checking height, weight, and immunizations, assessing psychosocial health and development is one of the few screening items recommended for every well-child visit from infancy through adolescence by the American Academy of Pediatrics (AAP).

A new kid on the block by comparison, screening for social determinants of health (SDOH) isn't as pervasive but has attracted growing interest from pediatricians and researchers. In a 2016 policy statement on poverty and child health, the AAP urged pediatricians to look for signs that families are struggling to make ends meet and to initiate an SDOH screener or a conversation where appropriate.

Given the established relationship between poverty and behavioral health problems in childhood, SDOH screening and behavioral health screening would seem to go hand in hand. And yet, while many of the screening tools in use have been studied and validated individually, the extent to which they correlate and complement each other remains largely uncharted territory.

"We're giving people all these screeners in primary care," says Andrea Spencer, MD, a child and adolescent psychiatrist at Boston Medical Center (BMC) and the Boston University School of Medicine (BUSM) whose research focuses on attention-deficit/hyperactivity disorder (ADHD) in low-income children. "Do we understand the relationship between them? If one screener is positive, should we be looking at another? Should we be thinking about how screeners interact and how we're using them together?"

In a recent study in Academic Pediatrics, Spencer and a team of psychiatrists and pediatricians from BMC and Massachusetts General Hospital began to chip away at these questions by exploring the relationship between social needs and behavioral health as captured in two widely used screening tools: WE CARE, a six-question SDOH screener that covers social risk factors such as housing and food insecurity; and the PSC-17, an abridged version of the Pediatric Symptom Checklist that measures psychosocial function across three subscales (internalizing, externalizing, and attention) and is mandated at all well visits for Medicaid-enrolled children by the state of Massachusetts.

The researchers compared the results for a single group of school-age children across the two screeners and found a close association between overall social needs and behavioral health. The children who screened positive for three or more needs on WE CARE — approximately 14% of the participants — were 2.4 times more likely than their peers to also have a positive score on the PSC-17.

The findings suggest that pediatricians should be viewing and using these screening tools holistically. Although WE CARE and the PSC-17 are not interchangeable, a high WE CARE score should signal to a physician to explore the behavioral health problems covered in the PSC-17 — and vice versa — and to keep both social and behavioral issues in mind when talking with caregivers and considering next steps, says study coauthor Arvin Garg, MD, a pediatrician at BMC and BUSM who developed WE CARE in 2007.

"We should think about how social needs and behavioral issues could be influencing each other," Garg says. "Social needs and adverse psychiatric problems are often treated as separate entities, with separate pathways. We should really think about merging these interventions and treatments. Helping families see the link between social needs and their child's development is really critical."

Food insecurity is a prime example of the intermixing of social needs and behavioral issues. Previous research has linked inadequate nutrition — and the household stress and hardship it reflects — to negative impacts on cognitive development and psychological functioning in children as young as 2, including attention problems that may contribute to academic or social challenges as a child reaches school age.

The link between food insecurity and attention was validated by Spencer and colleagues, who looked at individual social needs in addition to overall WE CARE scores. Of the six domains covered by WE CARE (caregiver education, employment, child care, housing, food security, and household heat), only food insecurity was found to be significantly associated with psychosocial function. A child's odds of a positive score on the PSC-17 and the attention subscale roughly doubled if the caregiver responded no to the question, "Do you always have enough food for your family?"

"Social needs and adverse psychiatric problems are often treated as separate entities, with separate pathways. We should really think about merging these interventions and treatments."
– Arvin Garg, MD

The study's sample size was modest: just 943 children. In future studies with larger samples, the researchers expect to uncover similar associations between specific social needs and behavioral health issues. The idea, as Garg puts it, is to "get under the hood" of the overarching relationship between poverty and behavioral health and identify poverty-related risk factors that independently influence behavioral health problems.

"We're interested in getting at the underlying needs that are potentially modifiable," Spencer says. "To modify them enough to make a difference in child health and mental health, we need to know if certain needs are standing out."

The end goal is to develop targeted interventions that can change the trajectory of at-risk children by addressing, as early as possible, specific social needs as well as the associated behavioral health issues. Paying closer attention to these associations and developing a better understanding of how to merge tools like WE CARE into existing screening practices and clinical care are important first steps, the study authors say.

"Social risk screening is very new," Spencer says. "The ability to detect these correlations in primary care is new, and it means we can now feasibly think about interventions. That's the plan." 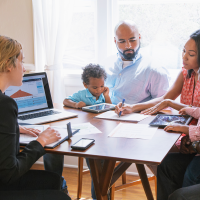 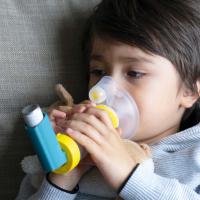 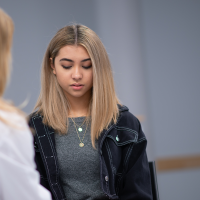 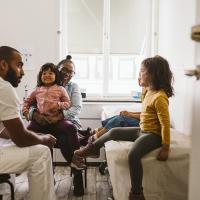