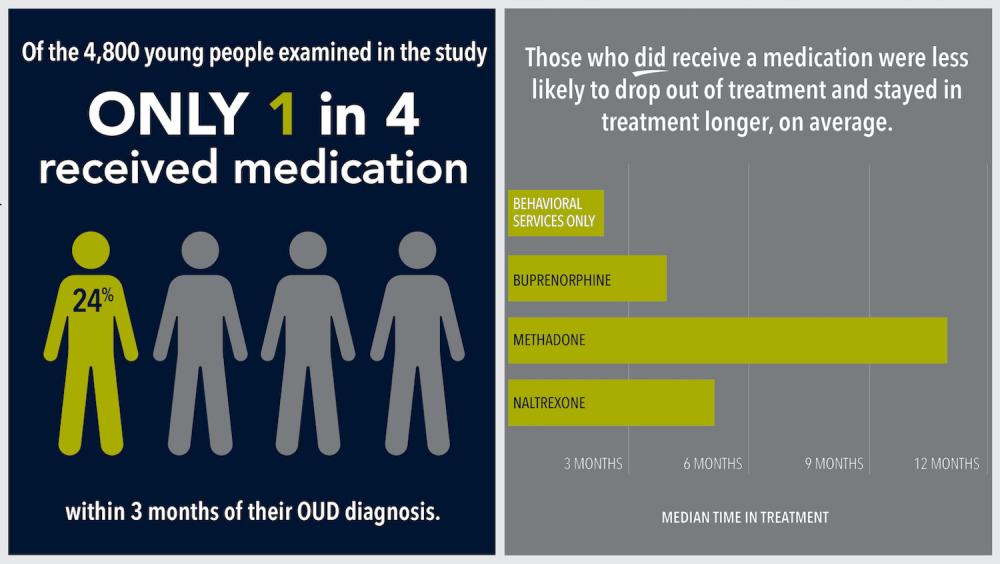 As the opioid crisis accelerates and overdose deaths climb, treatment with medication for opioid use disorder remains a controversial topic among healthcare providers and advocates of abstinence-only recovery — even as the evidence mounts that medication for addiction treatment (MAT) plays an important role in saving lives.

Researchers have consistently found that adults who take the medications buprenorphine, naltrexone, or methadone are more likely to stay in treatment programs and are less likely to die from all causes, including overdose. For teens and young adults — a population that's highly vulnerable to overdose — the patterns of MAT prescribing, use and treatment outcomes are less understood.

Research from the Grayken Center for Addiction at Boston Medical Center deepens that understanding with new insights published this week in JAMA Pediatrics from the first study to explore the long-term treatment retention in a large cohort of young people.

With medication treatment, adolescents stay in treatment between 17 weeks and nearly a year — by comparison, counseling alone sees a retention of 10 weeks.

Led by pediatrician Scott Hadland, MD, the study scrubbed two years of insurance data from 4,837 patients aged 13-22 years who were enrolled in Medicaid and had been diagnosed with opioid use disorder.

The findings call for a hard look at why evidence-based medications are underused in adolescents and young adults.

The study’s findings call for a hard look at why, despite recommendation from health authorities such as the AAP, evidence-based medications are underused to treat adolescents and young adults with opioid use disorder.

“Recovery is a long journey that is not just about eliminating or reducing substance use, but also about keeping patients engaged in care,” says Hadland. "Providers, lawmakers and researchers must do more to improve treatment for adolescents and young adults with opioid use disorder.” 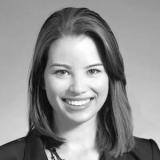 Bana Jobe is an award-winning health and medical writer with more than a decade of experience creating content for hospitals, agencies, and healthcare companies. She holds a degree in journalism from The University of Texas at Austin. 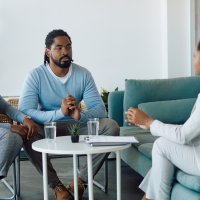 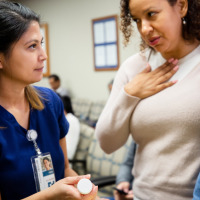 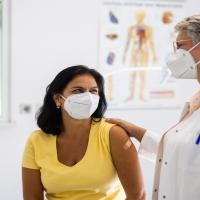